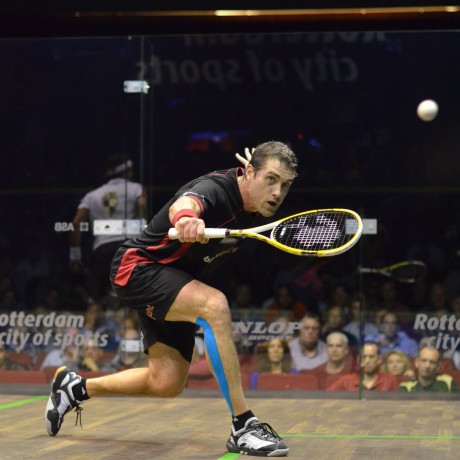 -- To set up headquarters in Orlando, FL

Ashaway, RI – A group led by World Champion and squash legend David Palmer has acquired BlackKnight USA, the US arm of top squash, racquetball, and badminton racquet maker, Black Knight. The management group will handle all marketing and distribution for the US from its new headquarters in Orlando, Florida.

The team includes Palmer, recognized as one of the 10 best players in the history of squash, Dean Young, Bryan Patterson, and several others. Young currently manages the Westchester Squash Club in Mamaroneck, NY, while Patterson is one of the most recognized teaching pros in the United States. In his playing career Patterson reached a World Ranking of 16, an English ranking of 2, and played for Great Britain in the Team and Individual World Championships. He is now the Director of Squash at New York's CitySquash, the Inner City Academic and Squash program for at-risk youth in the Bronx.

"Black Knight is well known among squash enthusiasts," said Palmer. "However, the brand's success in the United States has lagged behind its global growth. The combined skills of our diversified management team provide us with a tremendous opportunity to market the world's greatest squash brand to the world's greatest sports market."

Black Knight was founded in Vancouver in 1976, by racquet sport enthusiasts with a true commitment to the development and support of the sports they loved. Over the years Black Knight has been first to market with many key developments in squash and badminton racquets, such as full graphite shafts; true one-piece graphite racquets; wide body frames; inverted racquet heads; 67 and 68 cm racquet lengths in badminton; graphite/aluminum hybrids; TurboFlex shafts; high tension frames; the Control 2000 speed adjustment system; TUF Grip; Power Channel; VibraPlate; the Knight Trainer; Magnum oversized frames in squash and badminton; and more.

That commitment to sports remains at the heart of the company while Black Knight has grown and diversified, both as a major brand within North America, and around the world. Black Knight also represents Ashaway for racquet strings and court shoes, and continues to offer more and more models pre-strung with Ashaway strings.

Said Ashaway's Steve Crandall, "We are especially pleased with the acquisition of BlackKnight USA by David and his group. Not only does Ashaway have a strong and growing partnership with Black Knight, but our relationship with David as an Ashaway sponsored player goes back almost twenty years. We're certain that David and his team have the skills and experience, and the recognition within the industry to push the Black Knight brand to the top of the charts. We wish them all the best."