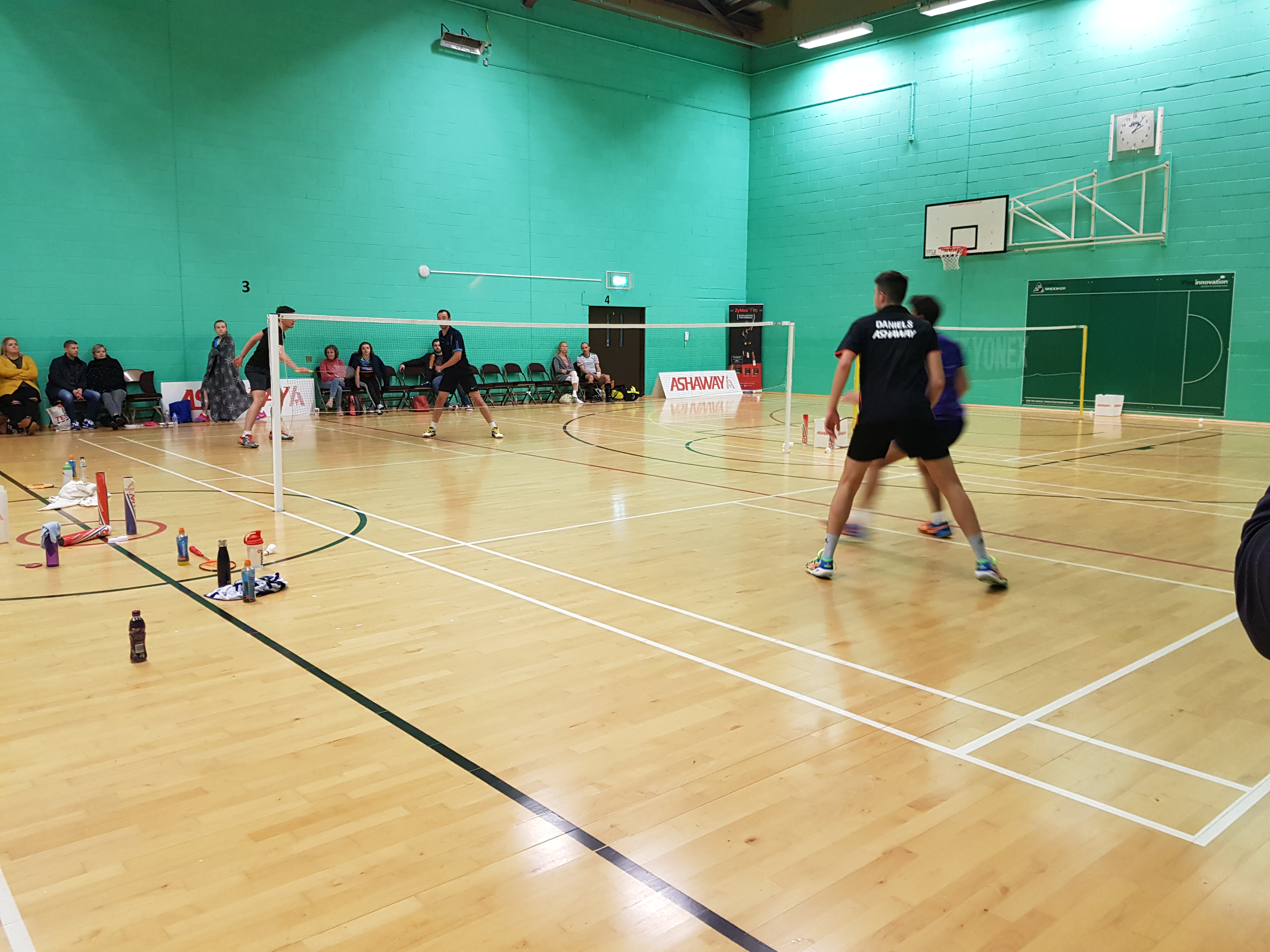 Abby Downing was victorious in the Derbyshire Ladies Doubles titles with partner Ellie Wheatley and Chloe Hunt took the Ladies Singles title in the Warwickshire Championship.

Several Ashaway sponsored players took part in the Hertfordshire Restricted. Being our local tournament, Ashaway was in full force, both dressing the hall and through our players displaying their kit and equipment with pride.

Zach Daniels also narrowly missed out in the Mens Doubles final, playing with his brother Lyall. A great performance throughout the competition in the event.

Micheal Spencer-Smith was victorious in the Mens Singles, beating Dan Leers in straight sets. Micheal Is a long term user of our popular Zymax strings.

A great success for Ashaway all round, well done to all of our players who competed!