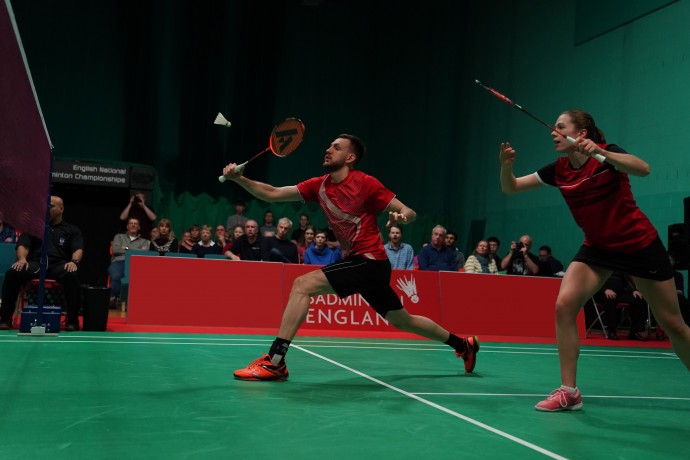 Wolfenden Back on Top!

Ashaway had a strong presence at the badminton Senior Nationals held in Winchester this weekend.

Tom Wolfenden was victorious in the Mens Doubles with partner Greg Mairs and also runner up in the Mixed Doubles event with Jenny Moore.

New kids on the block, Viki Williams and Steven Stallwood also had strong weekends, Viki runner up in the Ladies Doubles and narrowly losing out in the Quarter Finals 21-23 in the third set. Steven and partner Zach Russ also reached the Semi Finals in the Mens Doubles.