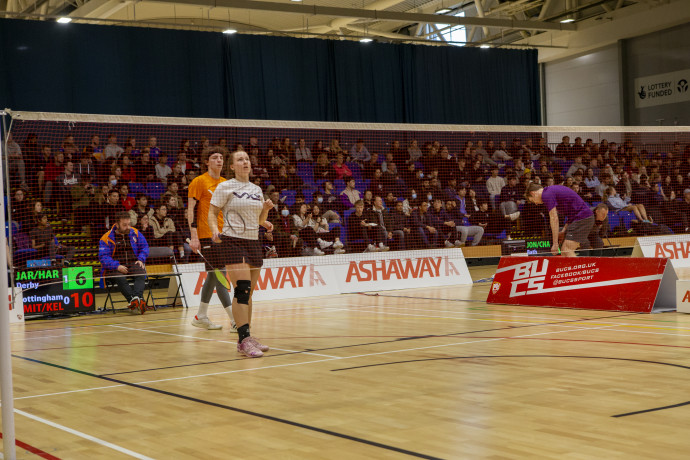 We were delighted to get back out on the road and resume our sponsorship of the annual BUCS Individual Championships at the English Institute of Sport in Sheffield.

As the official provider of shuttlecocks for the event, we were on hand to donate our top grade International 500 feather shuttlecocks, and also offer re-strings for all the players competing.

It was really great to see such a large entry to the event, almost 700 competitors, and also see such a big proportion of players displaying the Ashaway logo proudly on their strings.

We had several of our #TeamAshaway players representing their universities, and it was amazing to see such a high standard of play, resulting in many of our players receiving medals, and achieving Championship titles.

BUCS Sport plays an important role in Badminton participation across the UK, so we are honoured to be an official partner.